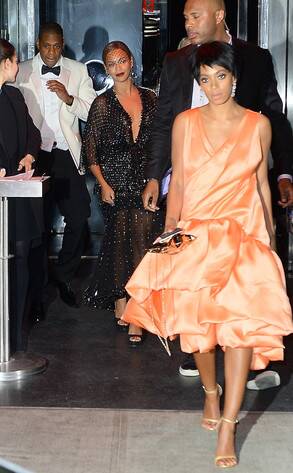 Jonathan Hay is featured in the E! News story ‘Beyoncé, Jay-Z and Solange Step in an Elevator and the Rest is History: Remembering That Infamous Met Gala Moment 5 Years Later’

Excerpt from the story:

Celebrity publicist Jonathan Hay, who openly takes credit for planting false Jay-Z/Rihanna romance rumors back in 2005 to promote her debut single “Pon de Replay,” similarly insinuated that it was all done to promote the tour in an interview with Billboard that same month.

“Always consider the timing in these situations,” Hay said. “That staged elevator fight hit the news immediately before the release of their On The Run tour trailer video. The fight gives regular news stations—beyond just entertainment news—a headline, which broadens their audience. They’re also going to bring up the On The Run tour and ask questions like, ‘Will their be drama on the road?’ and, ‘Is this going to be the final performances of Jay-Z and Beyoncé?’ They created a compelling spectacle, which ultimately creates a demand.”